Wrapping up the Manchester United transfer news, rumours and gossip in the 2021 summer window.

Kylian Mbappe - United have reportedly made the Frenchman their top striker target after drawing up a list of four world-class forwards. (Sun, August 21)

Leon Goretzka - United's hopes of acquiring Goretzka have been boosted with Bayern Munich keen to avoid losing another star for free next summer - a new contract for the midfielder is still not close (Daily Star, August 17); United are lining up Germany midfielder Goretzka amid mounting fears they will be forced to sell Paul Pogba (The Sun, July 22). 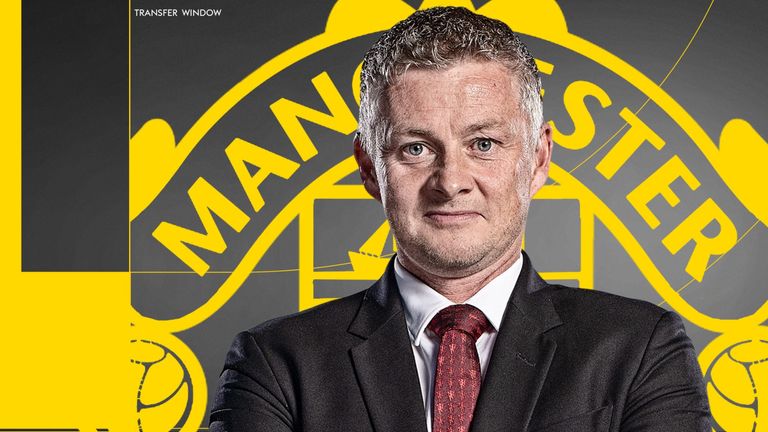 Jesse Lingard, Axel Tuanzebe, Phil Jones and Facundo Pellistri are among players who could leave Manchester United this summer either on a permanent deal or on loan, says Sky Sports News' Dharmesh Sheth

Jesse Lingard - West Ham remain hopeful they could still strike another deal with Manchester United for Lingard after fresh discussions on Sunday evening (Daily Mail, August 31); Manchester United are happy for Lingard to stay and fight for his place at the club this season (Sky Sports News, August 30); Lingard remains part of Manchester United's plans for the moment (Sky Sports News, August 30); the midfielder is back on West Ham's radar, with the Irons set to offer a cut-price £15m bid for the England international with the deal believed to be permanent and not a loan (Daily Star Sunday, August 29); Lingard is now 'likely' to join West Ham from United this summer (Daily Star, August 26); Lingard will look to leave United before the transfer window closes unless he believes he is going to play regularly in Ole Gunnar Solskjaer's team this season (The Times, August 20)

Amad Diallo - He is likely to stay at United in this window after he suffered an injury in training. Feyenoord sporting director Frank Arnesen has confirmed the club will not be pursuing a loan deal in this window (Sky Sports News, August 30)

Diogo Dalot - Borussia Dortmund are confident they can agree a deal to sign Dalot, but only if United are able to sign a replacement right-back before Tuesday (Sky Sports, August 29); AC Milan plan to resume talks over a new loan deal for defender Dalot (Sky Sports, July 21); Madrid manager Carlo Ancelotti is interested in a move for Portugal right-back Dalot (Daily Mail, July 19).

Paul Pogba: Real Madrid's decision to sell Martin Odegaard to Arsenal was part of their plan to raise funds to sign Pogba on a free transfer next summer (The Sun, August 24); United won't try to cash in on Pogba despite the Frenchman entering the final year of his contract with no new deal having been reached (Daily Mail, August 22)

Anthony Martial - Manchester United have no intention of selling Martial during this summer's transfer window (Sky Sports, August 10); Martial could be in the 'last-chance saloon' at Manchester United and will need to impress early in the season while other attacking options like Marcus Rashford and Edinson Cavani are sidelined (Daily Mail, August 12); Manchester United are ready to sell Martial for £50m as Inter Milan eye the Frenchman as a replacement for Romelu Lukaku (The Sun, August 9)

Ethan Laird - Blackpool have made a late bid to hijack young the defender's loan move to Swansea (The Sun, August 16).

Phil Jones - David Moyes hopes to bring the defender to West Ham on a free transfer should Manchester United decide to let him leave and get his wage off their bill (Daily Mail, July 28).

Facundo Pellistri - Pellistri wants to stay and fight for his place at United - despite Ole Gunnar Solskjaer revealing that he plans to loan out the 19-year-old Uruguayan winger (The Sun, July 19).

Alex Telles - United will block Jose Mourinho signing Telles for Roma on a loan deal because they want to sell the defender on a permanent deal (Daily Star, July 18); Roma are in talks to sign United left-back Alex Telles (Sky in Italy, July 14).

Luke Shaw - United are to open talks over a new contract for the left-back. The 26-year-old's deal runs out in 2023 and United want to reward his upturn in form which saw him star for England at Euro 2020 (Mail, Aug 1).

Axel Tuanzebe - Tuanzebe has signed a new contract at Manchester United lasting until June 2023, with the option of an additional year (Sky Sports, August 9).