Who have Tottenham been linked with this summer? The latest rumours...

The latest on who Tottenham have been linked with this summer.

After two transfer windows of no incomings and few outgoings, Spurs are expected to bring in reinforcements this summer - but who might be coming and going?

The latest players Spurs have been linked with...

William Saliba - Tottenham are in talks with Saint-Etienne over the signing of defender William Saliba, according to Sky sources. However, Arsenal are close to completing a deal that would see Saliba return to Saint-Etienne on loan next season, meaning it could be the player's choice if both offers are accepted (July 12).

Dani Ceballos - Arsenal are interested in signing Real Madrid midfielder Dani Ceballos on loan, according to Sky sources. North London rivals Tottenham are also in talks with Madrid over a potential transfer for the Spain international (July 11); Tottenham have met with the Real Madrid midfielder and could spend up to £44m on bringing him to London (Gianluca Di Marzio).

Ryan Sessegnon - Tottenham are staying patient in their pursuit of their top left-back target, Sky Sports News understands; Fulham value the defender at £40m (The Times, June 10); But talks between Palace and Spurs are 'underway' and Tottenham are 'hopeful that a fee of £25m can be agreed' (Daily Mail, June 10); Sessegnon has told Fulham he will not be signing a new contract offered to him by the club. 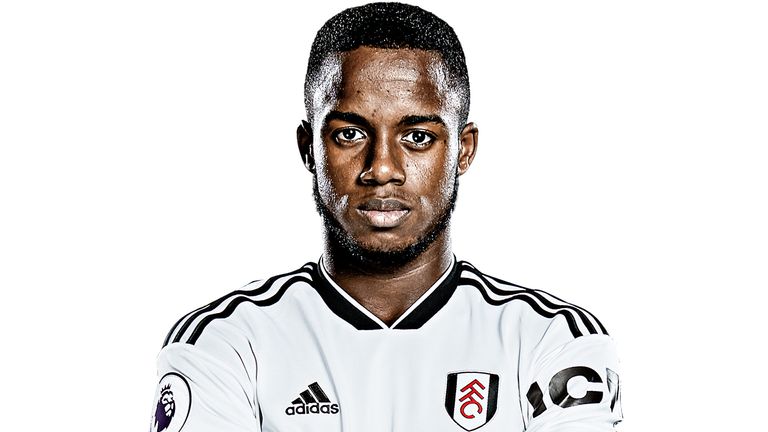 Giovani Lo Celso - Tottenham have put negotiations for the Real Betis midfielder on hold for now with the two clubs unable to agree on a fee, Sky Sports News understands (July 3); Real Betis are likely to accept a deal worth in the region of £70m for the Argentine midfielder, according to Sky sources (June 15).

Tanguy Ndombele - Tottenham have signed the midfielder for a club-record £63m from Lyon. What will Ndombele bring? Find out HERE!

Nathan Ake - Bournemouth are braced for a £40m move from Tottenham for Nathan Ake (The Sun, June 9).

Lucas Digne - Tottenham are reported to be determined to sign the Everton full-back but may need to hand over both cash and Danny Rose to land the Frenchman (The Daily Mirror, June 7).

Julian Draxler - The forward has reportedly been offered to Spurs as a potential replacement for Christian Eriksen ad would cost around £35m (The Daily Mirror, June 7).

Nicola Zaniolo - Spurs could make a £40million bid to land the Roma youngster, but would face competition from Juventus. (Tuttosport, June 5)

Jack Clarke - Tottenham have renewed their interest in the Leeds youngster.

Marco Asensio - Although Tottenham have been told the Real Madrid playmaker is not for sale. (AS, May 24)

The latest on those who could leave this summer...

Toby Alderweireld - Tottenham chairman Daniel Levy is set to meet Roma official Franco Baldini in London to negotiate a deal for the Belgian defender, according to Sky in Italy (July 12); The defender is constantly being linked with a move away, and has said a return to Ajax one day is '100 per cent on my mind'. He signed a new Spurs deal in January to keep him at the club until 2020.

According to The Sun, Man United will make a decision on whether to bid for the defender 'next week (The Sun, May 31); Ole Gunnar Solskjaer will try and sign Toby Alderweireld if Manchester United miss out on landing Matthijs de Ligt. (Express, June 9).

Christian Eriksen - Real Madrid representatives have tried to convince Zinedine Zidane to green light a move for Eriksen. However, the Real Madrid manager is steadfast in his desire to bring Paul Pogba to the Bernabeu. (L'Equipe, June 14); The playmaker has has admitted for the first time that he is considering leaving Tottenham this summer; Zinedine Zidane has won his transfer battle with Florentino Perez with Real Madrid set to move for Paul Pogba over Eriksen. (Daily Mirror, June 12). And Real are ready to offer £45m plus midfielder Dani Ceballos to get the Dane (the Sun, June 19)

Eriksen remains at the centre of a tug-of-war between Zidane and Perez that could benefit Tottenham. (Express, June 16).

Danny Rose - The defender has admitted to Sky Sports he could leave Spurs this summer; The full-back is said to be a target for Everton if Spurs 'firm up interest' in Lucas Digne (The Daily Mirror, June 7); Tottenham are willing to sell Rose but his £80,000-per-week wages are proving a snag. (The Sun, June 16).

Kieran Trippier - The right-back 'could also be on his way out as boss Pochettino plans a major shake-up having made no new signings for the past two transfer windows' (Daily Mirror, June 9); Juventus are interested in signing the England right back as a replacement for Joao Cancelo, according to Sky in Italy, while Napoli will firm up their interest in the player if they lose Elseid Hysaj to Man Utd.

Mauricio Pochettino - The boss told BT Sport "it's about trying, about believing, about ensuring it can happen again as soon as possible," when asked whether he would be staying at Spurs after their Champions League final defeat.

Fernando Llorente - The striker could still have a future at Tottenham despite his contract expiring at the end of next month.

Kyle Walker-Peters - The young defender will try and force his way out of Tottenham this summer if right-backs Kieran Trippier and Serge Aurier remain at the club. (Star, June 16).